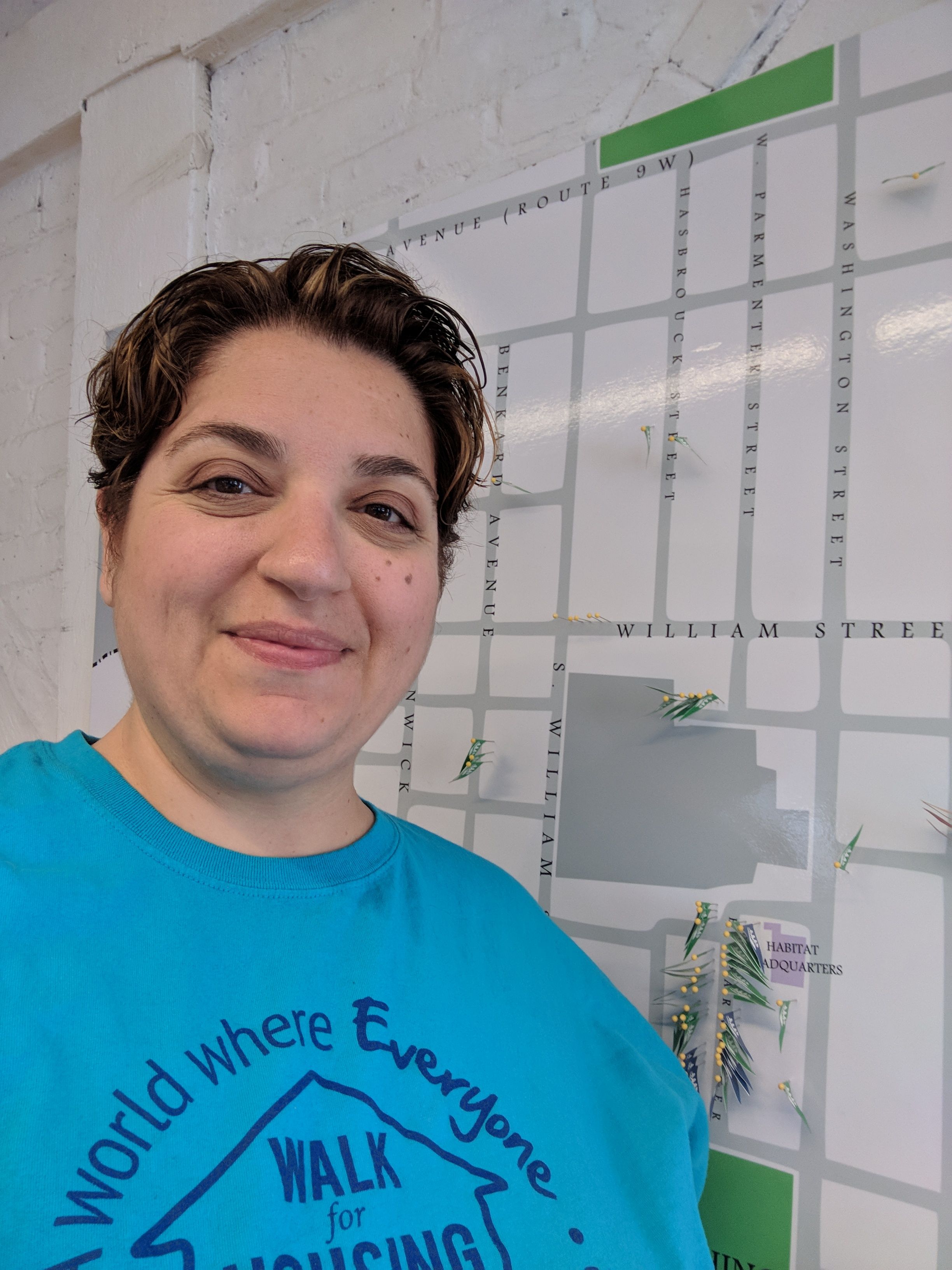 The City of Newburgh holds a special place in Trish Tesman’s heart. That's why she's walking in Habitat Newburgh's Walk for Housing on Sunday, April 22, 2018.

Tesman's family immigrated from Italy in the 1950s and purchased a home in Newburgh on Mill Street. For over 30 years, various members of her family lived there. At one point, three generations lived in that one home at the same time, including Tesman, her grandmother, her parents and her siblings. Tesman also met her husband in Newburgh, and they moved to a home they purchased on Nott Place after getting married. They raised their daughter in the City of Newburgh, but eventually moved to the town, where they currently live.

It is because of her upbringing in the City of Newburgh that Tesman became involved with the organization in 2015. She was initially approached to get involved with Habitat Newburgh by Christine Mandoske, co-captain of a 2015 Women Build team, who was an involved parent in the elementary school her daughter attended. She recruited Tesman to join the team that year, and Tesman has never looked back.

“It was inspirational to see the unity of women (and men) and a network of support who were generous,” she said.

Tesman is currently a core committee member and is the day-of-event coordinator for the Walk for Housing. This is her third year of involvement with the Walk. As someone with vast experience in finance, (she has worked in credit unions for over 20 years) she has mainly been working on centering the Walk budget. However, her favorite part about getting involved with the Walk is fundraising.

“If we can help, we should help,” she said. “When people go on the Beautiful Day in the Neighborhood Tour, we hear people tell stories of living conditions. We see that we have an obligation to help, and it’s beautiful to see that we do.”

That help has gone a long way for the City of Newburgh, but Tesman said that a lot more work needs to be done.

“There’s definitely been progress,” she said. “I like seeing the ‘mom and pop’ shops pop up and the revitalization of the waterfront, but we can do better as a city.”

Still, she gives credit to Habitat Newburgh for the work we have done to make the city a more livable place.

“Habitat’s vision of building neighborhoods versus individual homes makes people proud of where they live,” she said. “Habitat Newburgh makes a great impact; its volunteers and employees are just phenomenal.”