Habitat for Humanity’s National Home Builders Blitz began in Wake County, NC in 2002 when 12 professional home builders built 12 homes in 5 days, donating labor and materials, for a total cost of only $84,000 (not including land).

This local idea became a successful national initiative in June 2006, when affiliates across the country, including Habitat Newburgh, participated in the first nation-wide Home Builders Blitz week. Habitat Newburgh partnered with the Hudson Valley Builders and Remodelers (formerly Builders Association of the Hudson Valley) to build 2 houses in just one week. With the tremendous success of the first Blitz, local building industry professionals joined together again in 2008, 2012, & 2014, building a total of 8 Home Builders Blitz homes in Newburgh. The 2016 Home Builders Blitz tackled a new pilot project for Habitat for Humanity–our first Live/Work building a three-story mixed-use house in just 5 days. 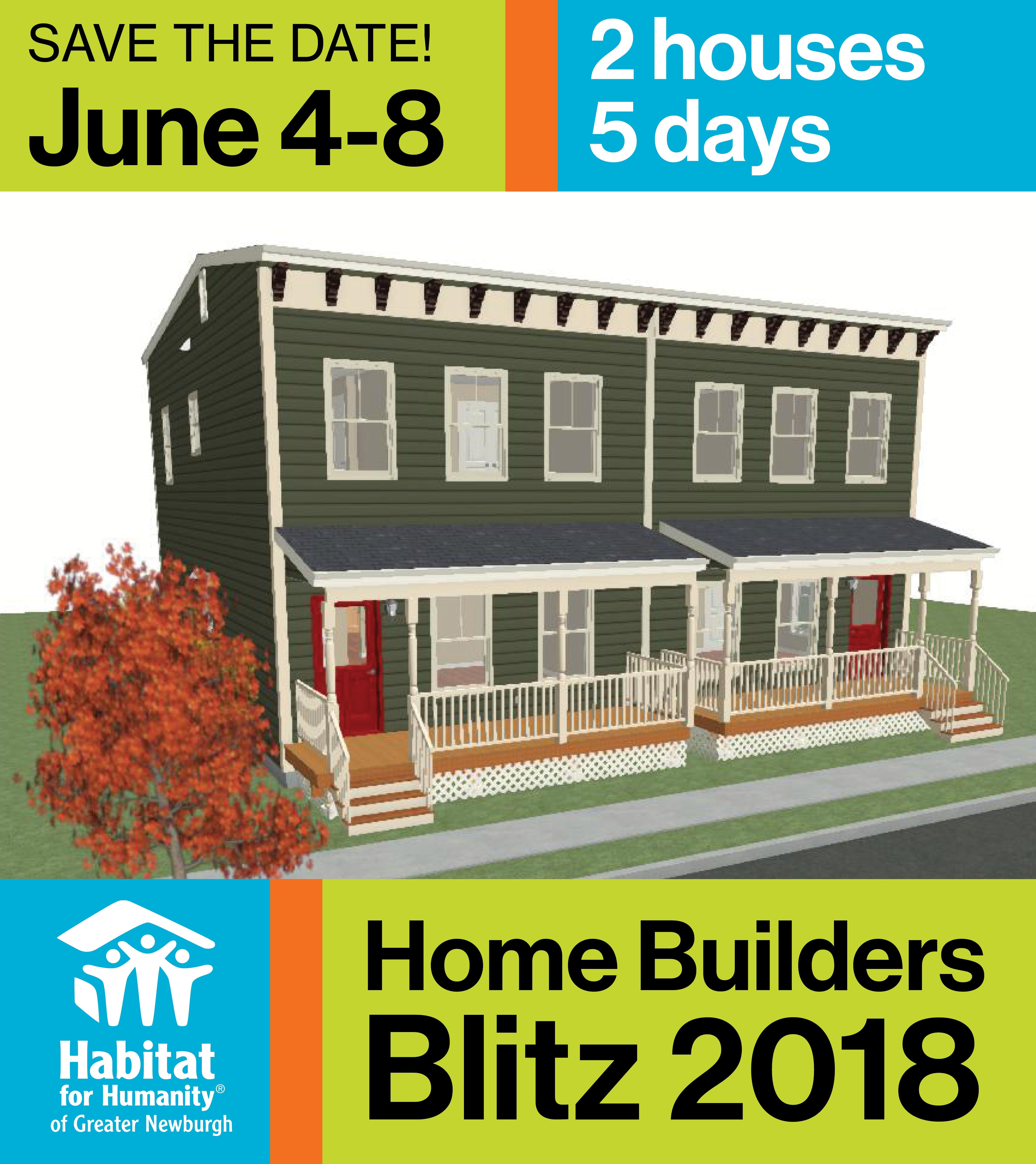