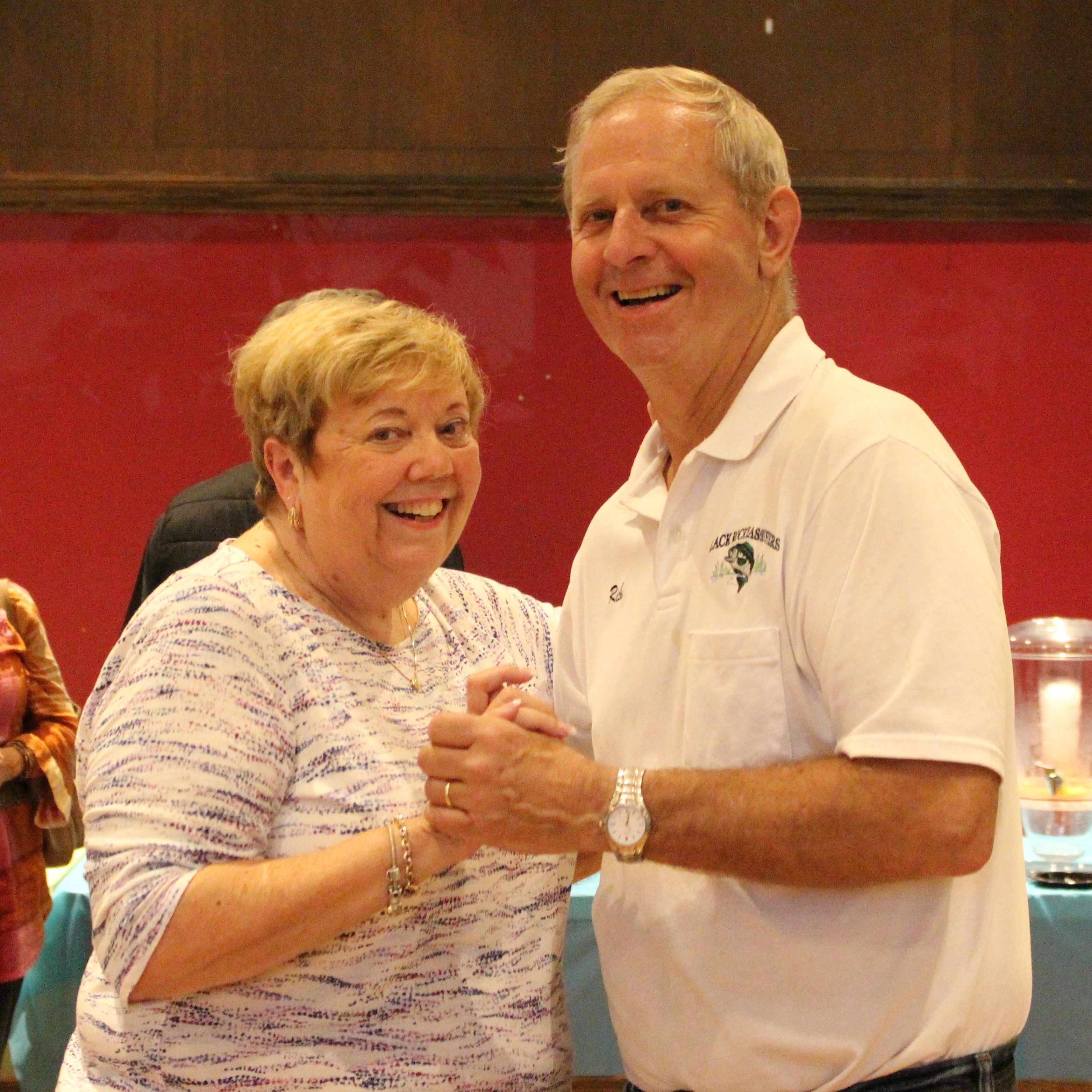 When trying to decide between two key volunteers to write a spotlight on, it certainly helps when they are married. That way, we can make the easy decision and simply do a write up on both of them. This is what we did this month with core Habitat Newburgh volunteers Kathy and Rich Fenwick. With a combined 33 years of experience with Habitat Newburgh, their list of stories is as long as their passion for our cause is deep.

Rich Fenwick is a Newburgh native and member of the NFA Class of 1964, a class well represented at Habitat Newburgh. During the first year of Habitat Newburgh, back in 1999, Rich was approached by a founding member regarding getting involved. Nearly 18 years later, Rich rarely goes a week without lending his skills as a retired electrician to the Habitat community. Rich has literally lit the way at the majority of Habitat Newburgh homes.

Three years after Rich became involved, Kathy Fenwick joined Habitat Newburgh as an office staff member, before moving on to volunteer on various committees and at events. These days Kathy can be found helping out with the Volunteer Committee and basically anywhere else she can serve Habitat Newburgh.

Combined, Kathy and Rich have served Habitat Newburgh as Construction and ReStore Volunteers, as well as being members of the Family Services, Volunteer, Build, and Safety Committees. The Fenwicks point to the homebuyer families as their #1 reason for continuing to volunteer. Their #2 reason? Kathy and Rich rave about the great people they get to work with, many of whom volunteer their time several times a week.

Illustrating how deep the Fenwicks connection to Habitat Newburgh goes, Rich’s mother lived at 68 Benkard Avenue and his father lived at 26 South Miller Street, two current Habitat Newburgh homes which volunteers and staff rehabbed. These two homes had fallen away over the years since Rich’s family inhabited them, but The Fenwick’s were able to play a major role in both saving these homes and helping deserving families purchase them. Rich and Kathy both take a great deal of pride in the turnaround of these specific homes, as well as Habitat Newburgh’s leadership role within the greater Newburgh community.

With all the work Kathy and Rich do around our organization, you’d think they get tired of running into each other. When asked about this, Rich offered, “We’re rarely in the same place. We’re like two ships passing in the night." For volunteers and staff, Kathy and Rich are mainstays. We are never surprised to see them helping out with events, meetings, and day-to-day tasks. Habitat Newburgh is extremely grateful the Fenwicks call us their ‘port of call’.