City of Newburgh Housing Coalition's Who's Who in Housing Forum 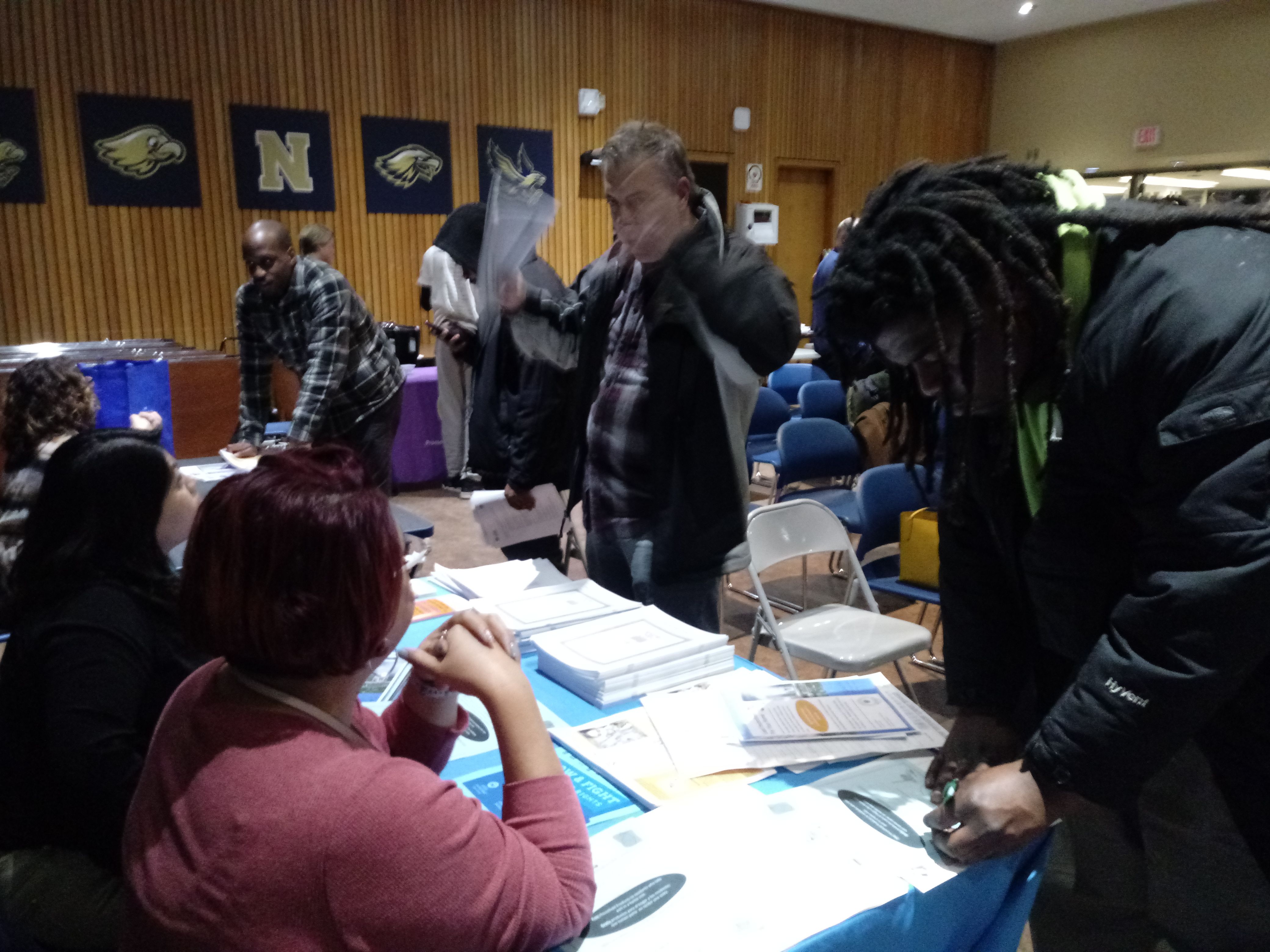 On Thursday, December 5, the City of Newburgh Housing Coalition hosted its first Who’s Who in Housing Community Forum.  The general public was invited to learn about agencies serving the City of Newburgh that assist people with their housing needs.  Representatives from each agency gave a two-minute description of who they are and what they offer the community, and those in attendance had an opportunity to personally speak with each representative of every agency in attendance. Fifty-two residents participated throughout the evening, in addition to the 16 agencies who were present.
Agencies involved included:
• Habitat for Humanity of Greater Newburgh   • Pathstone  • Safe Harbors  • Catholic Charities • New York Civic Engagement Table • Safe Homes of Orange County
• Newburgh Community Landbank  • Newburgh Ministries  • Newburgh Housing Authority  • Leviticus Fund  • RUPCO  • RECAP  • Orange County Department of Health  • Orange County Department of Social Services  • City of Newburgh   • Newburgh Enlarged City School District

The purpose of this event was to re-introduce and connect the residents of the City of Newburgh to its very own Housing Coalition, and to get agencies one to one exposure to the community outside of our normal offices.

This event was catered by Mr. Chris’ Pizzeria, owned by Chris Balbuena, a Habitat Newburgh Homeowner.

Because of the success of this event and the public requests for a repeat forum, future dates for additional forums will be decided. Stay Tuned!