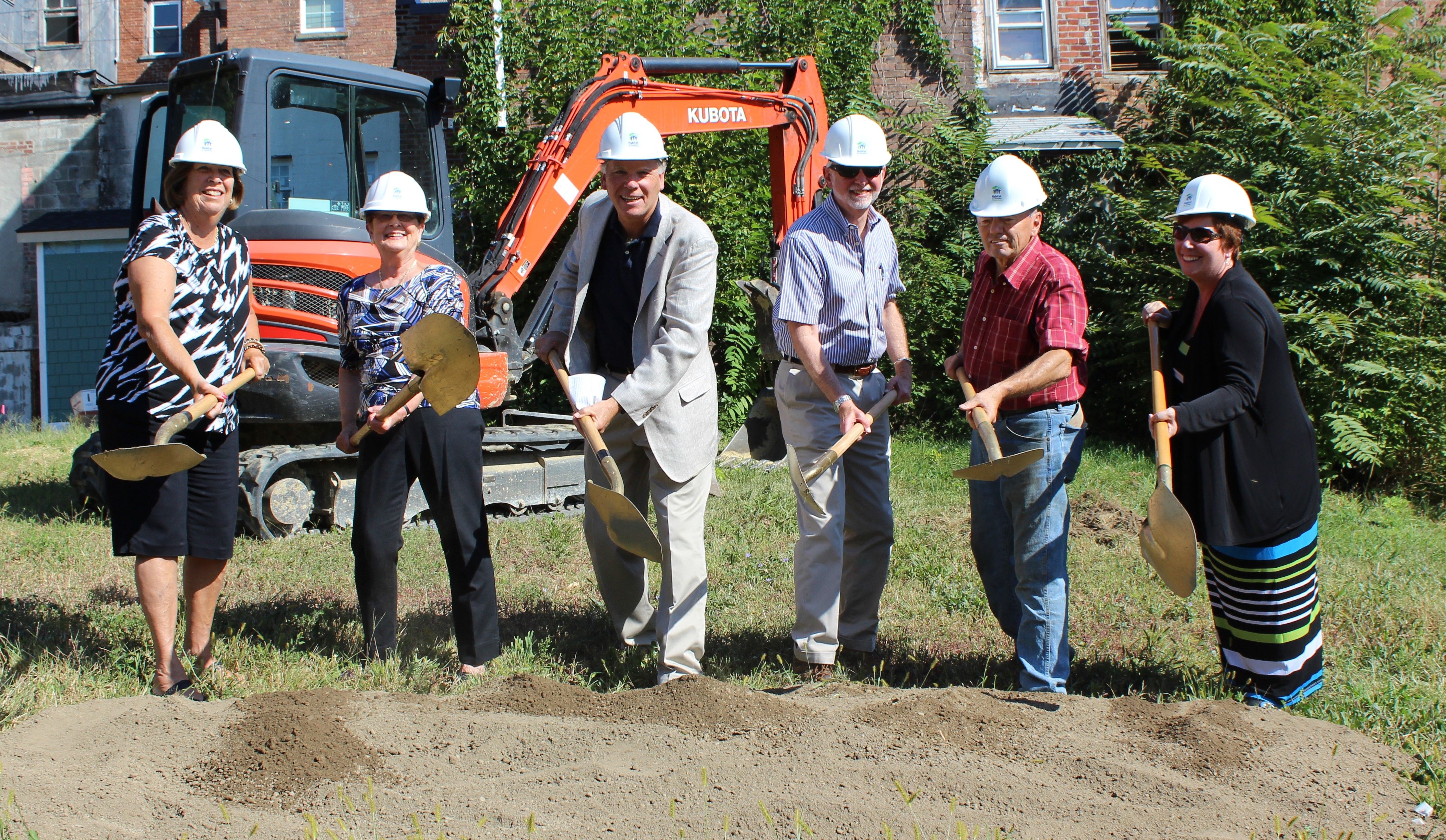 On September 14, 2016, Habitat Newburgh broke ground on four new Habitat homes at 150, 152, 154, & 156 Ann Street. These four homes will make up Faith Builds II, and are being sponsored by long-time faith coalitions that partner with Habitat Newburgh—PresbyBuild, EpiscoBuild, Methodists & Friends Build—and a very special Unity House project which is supported by many different faith groups.

When we built the 22-home E. Parmenter Street Development, a flagship of our community-building work, one set of five connected houses were designated as the Faith Builds, with each home sponsored by a Faith Build partner.

Work will soon begin on Faith Builds II, another set of Habitat homes that will be supported by countless prayers, volunteer hours, fundraising events, and donations big and small from communities of faith. Four future homeowners will look forward to living in a decent and affordable home, surrounded by walls built with great love.

You and your faith group can be a part of this meaningful ministry of shelter. Join our Unity House and commit to sponsor a child’s bedroom, a window, or the kitchen, and/or come out and join us as a construction volunteer!